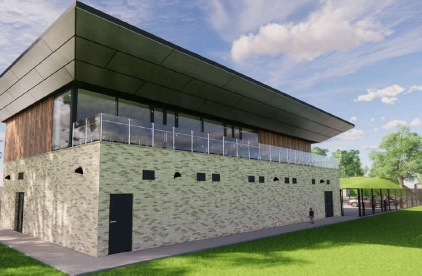 Controversial plans to build 52 affordable homes and a sports pavilion in Stonehouse have been rejected.

Wycliffe College and The Guinness Partnership wanted to develop a section of the Berryfield sports field off Bristol Road.

Their proposals included a range of homes made up of one bed and two bed flats and two to four bed houses.

And all of the homes would have been affordable housing split 50-50 between social rental and shared ownership properties.

The proposals also included a new sports pavilion with car parking but dozens of residents objected to the scheme along with Stonehouse Town Council.

They raised several concerns about the impact the development would have on traffic, parking, noise and loss of light.

He said the town had already taken on more than its fair share of new houses.

“We are supportive of suitable housing in our ward.

“But I have grave concerns that permitting this development would open the floodgates for the same issues being run on further portions of the Berryfields.”

Councillor Mattie Ross (Lab, Stonehouse) said the scheme was shoddy and that the community would gain nothing from it.

“It has not taken into account all the feelings of the people who live alongside it,” she said.

“Access to this site is simply diabolical and downright dangerous. Going in at the very worst possible place.”

Craig McDonald, speaking on behalf of the developers, said the country was in desperate need of new homes to relieve the imbalance between income levels and house price inflation.

“Perhaps still living with parents or in a flat with young children or paying high market rent while trying to save for a deposit.

“Approving this application today will transform the lives of so many by providing suitable and affordable accommodation in what is a difficult economic environment.”

He said it should be turned down due to the loss of open space, how it would affect the character of the area and views, and the impact on wildlife.

The committee voted to reject the plans by eight votes to one.